Draw your cards of the Marseilles tarot and take a look at what the future holds for you, answer all your questions or clarify your doubts.

You just have to click on the button to draw your cards, choose 3 cards from all the Major Arcana and reveal the card reading for you. Do not forget to focus on what you want to know before doing card reading, otherwise the prediction might be a bit confusing. 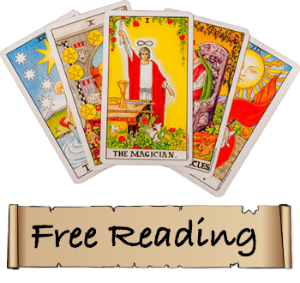 The Marseille Tarot deck consists of 78 cards, divided into Major and Minor Arcana.

The cards of the Major Arcana are 22 in total. The Fool (The Mad or Crazy one) is the only card that, depending on the type of card or its edition, can be numbered with the number “0” zero, or can be even unnumbered.

And the remaining 56 cards, called Minor Arcana, are divided into four 14-card suits, of which you can learn more in the “Tarot Cards” section. This is the most typical composition of a deck of Marseilles Tarot cards.

The origin of the Marseilles Tarot

The true origin of the Tarot of Marseilles is uncertain, no one knows who invented it or where exactly it comes from, nor do we know the meaning of the word tarot or what language it belongs.

In the well-known book “The Art of the Tarot” written by Alexander Jodorowsky it is maintained that until the XVIII century, tarot was related to a game of chance and its esoteric characteristics went unnoticed. 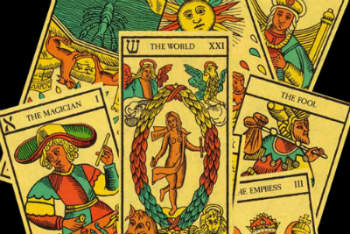 Jodorowsky explains that the 22 Major Arcana cards of the Marseilles Tarot are hieroglyphs that belong to the Book of  Toth, found in the ruins of ancient Egypt. Ten years later, a fortune teller, the barber Etteilla restores the significance of the Tarot of Marseilles and establishes relations of the cards with the astrology and the kabbalah.

Different ethnic, religious groups and secret societies, like the Masons, have been attributed its creation. Some see in the tarot a work of alchemy, Kabbalistic, astrological, etc.

In order to make the Marseilles Tarot known with the XXII Paths of the Tree of Life of the Ten of the Kabbalistic Tradition, Arthur Edwards Waite, an English occultist member of the hermetic Golden Dawn Order, inverts POWER and JUSTICE numbers, turns the LOVER into the LOVERS and falsifies the meaning of all the MAJOR ARCANA, without wanting to recognize that THE MAD is a mystery, that is nowhere or everywhere, innumerable theories give the number 0 or 22 to this card. 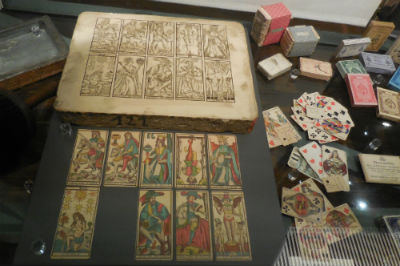 Crowley, an occultist from the same order, again changes the numbers, the meaning, and the order of cards. JUSTICE becomes AVENGER , POWER becomes LUST; TEMPLANCE will be ART. He eliminates the knights and dots by making them PRINCESSES.

It is revealing to observe the different variations that the different interpreters make the Tarot of Marseilles undergo, as they attribute traditional sense to them.

Oswald Wirth, a Swiss occultist, Mason and member of the Theosophical Society, draws his Tarot and introduces not only medieval costumes, Egyptian sphinxes, the Tao’s Chinese symbol, E. Levy’s Devil version, but also he inspires himself by the version of Gebelin. Some scholars dare to claim that the Tarot of Marseille is a naive version of the Gebelin Tarot. 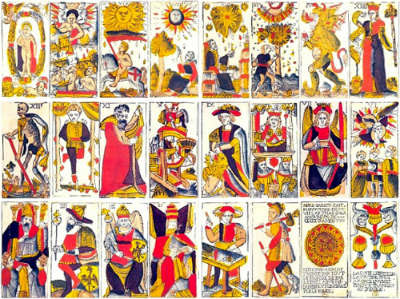 Two centuries of dreams and lies, mountains of books and cards printed in search of a secret within reach of us all, waiting to discover the directions of a correct reading: the Tarot of Marseilles.

In the XXVII seventeenth century existed a large number of printers of the Tarot of Marseille, but the tarot games of the 18th century were simply copies of the original. One cannot pretend that an eighteenth-century Tarot is the original tarot.

We have to keep in mind that the work of Jodorowsky and Camoin was very tough, since they had to look very closely at each and every detail of the illustrations of the tarot cards. The symbolism of the Marseilles Tarot cards is so closely linked from one card to the other that if you mistakenly change some detail, the whole meaning of the tarot would fall apart.

Meaning cards of the Marseilles Tarot according to Jodorowsky

The Tarot of Marseille consists of 21 cards numbered with Roman numerals and another more special card, numbered with 0 or 22 called The Mad, all of them called Major Arcana. Ordained would be the following:

As for the remaining 56 cards are called Minor Arcana, divided into 4 suits, three of those suits numbered in Roman and the other unnumbered. The numbered suits are the clubs, the cups and the swords, the suit that has the unnumbered cards are gold. And it is completed with a series called Honors or Figures, composed of 16 cards, whose figures are arranged as follows: the dots, the queens, the kings and the knights. There are 78 cards in total. 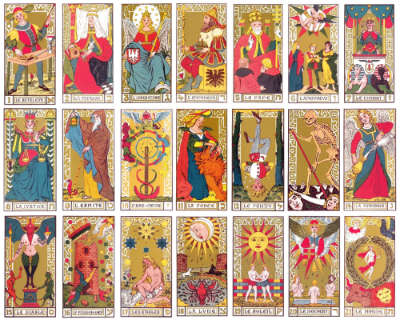 Each suit which makes up the Minor Arcana has its meaning:

Each group of Minor Arcana of the Tarot of Marseilles is conferred certain masculine or feminine characteristics depending on each suit and color. 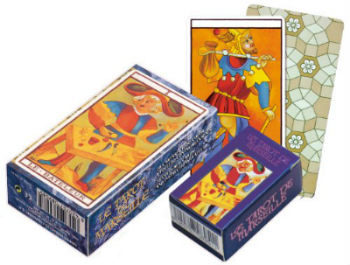 The female cards are represented by numbers II, IV, VI and VIII.

The male cards are represented by numbers III, V, VII and IX.

And its effects will be negative or positive according to its suit: 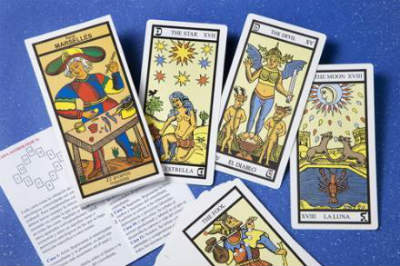 The colors white, black and red are related to alchemy, while flesh color is closely related to the human being.

In the Tarot of Marseilles there is no symmetry, the bottom of a card is never the same as the top part, nor its right side as its left side. As much as some of the cards resemble each other, we find that when turning them around they’re completely different. 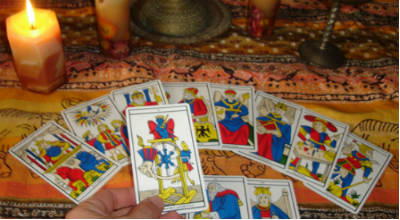 The illustrations of the Marseilles Tarot cards are within a rectangle to which the alchemists refer as a rectangle of Genesis. The details of these illustrations relate to each other in a very subtle way, which shows that the 78 cards of Marseilles Tarot were created together and not separated from the major Arcana and minor Arcana. The Arcana relate to each other, in pairs, in trios, communicate with each other and with you, were they created separately they wouldn’t work as it does.

The Tarot is only a tool at the service of the cosmos whose help reveals our destiny, is a key to the knowledge of the future.